It has been Debbie's dream since she was a teenager to visit Nova Scotia.We decided on this Adventures Caravan trip, not because of Quebec, Gaspe, or Prince Edward Island, all of which we loved, but because it included Nova Scotia. And now we are here 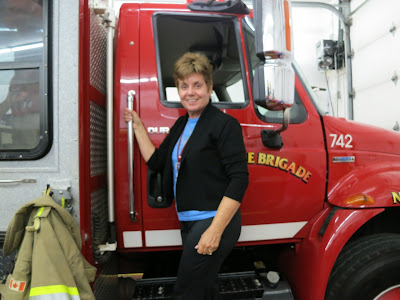 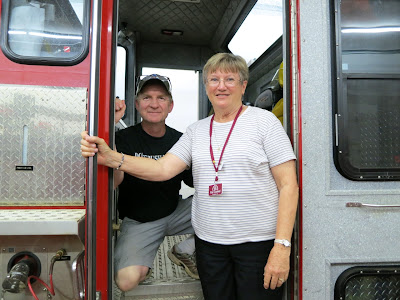 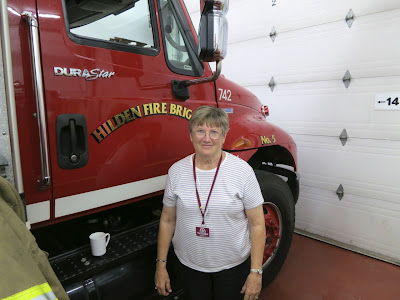 Our campground was in Hilden, NS, a few miles south of Truro, NS, roughly in the center of Nova Scotia. Truro sits at the end of Cobequid Bay, which is part of the Bay of Fundy which empties into the Atlantic Ocean. Nova Scotia is Canada'a second smallest provence behind Price Edward Island. The population is about 940,000. Unfortunately it is the poorest of Canada's provinces with a per capita income less than half of Alberta, its' richest. Truro is a small town of 12,000 people with lots of amenities, a terrific park, and a very nice downtown strolling district. 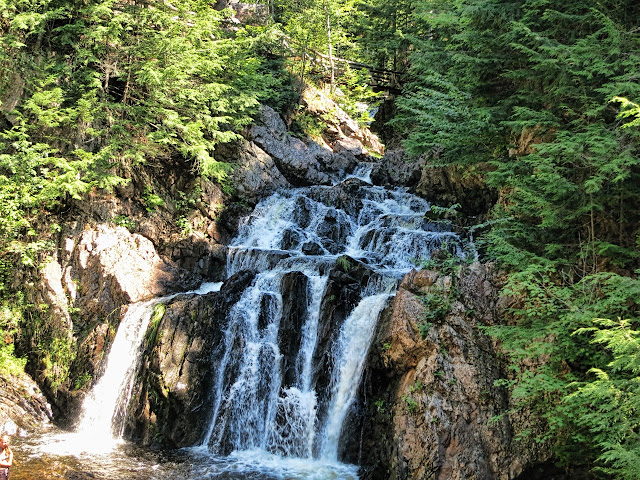 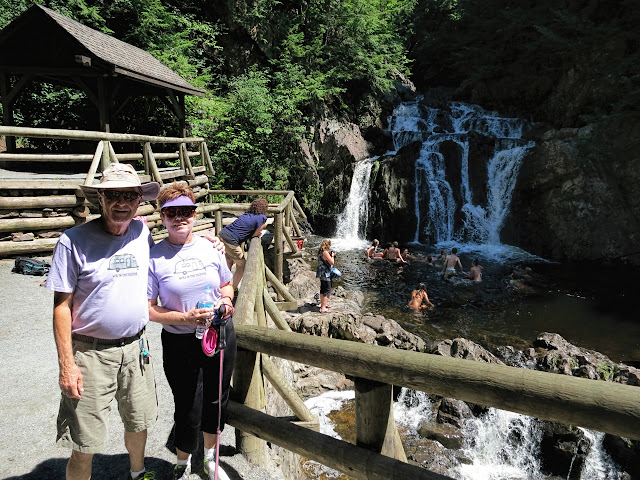 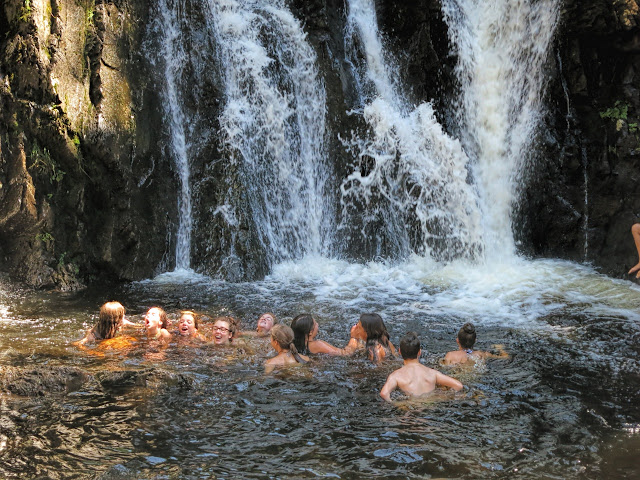 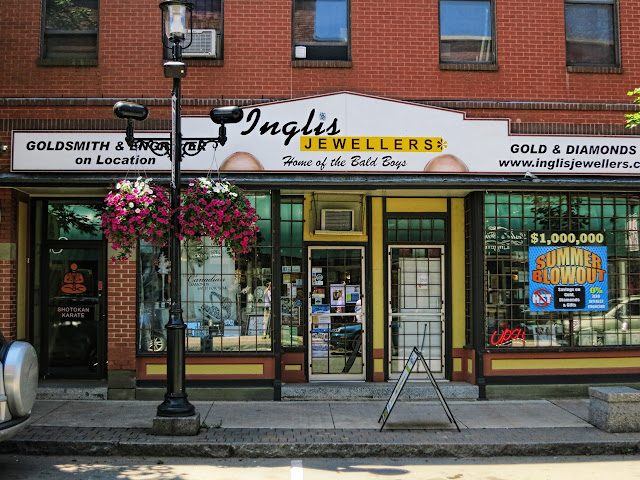 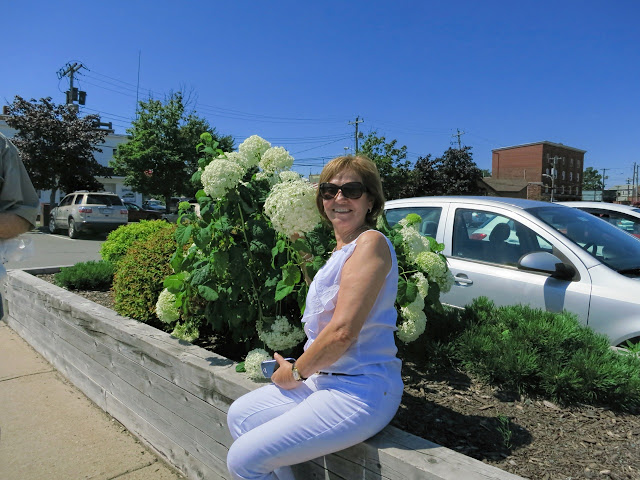 A tidal bore is a tide with a leading wave. The incoming tide meets some resistance and turbulence is created and a wave is formed. Not far from us some professional surfers rode a tidal bore wave for miles. The wave is similar to what happens when you turn on your faucet and the water hits the basin. The water flows outward in a wave. Try it.

The Shubenacadie River is tidal in its' lower 20 miles. It empties into the Colebquid Bay. A large tidal bore stirs up the bottom and muddies the waters. Several companies offer rafting trips timed with the incoming tide. Many in our group signed up for such a rafting trip. Debbie and I also signed up but after I got so seasick on my last deep sea fishing trip on Prince Edward Island I decided that there was not enough dramamine in the world to get me on that raft. I'm not saying I'll never go on a boat again, but it may take 30-40 years! 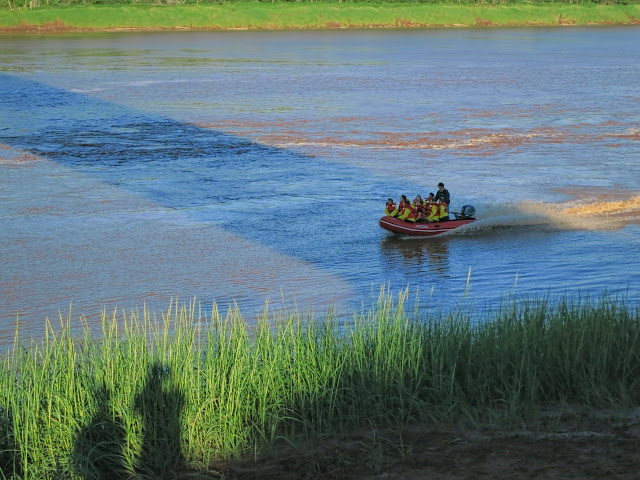 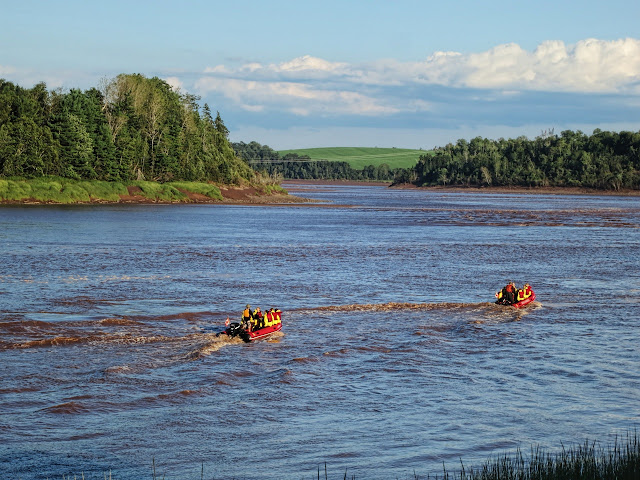 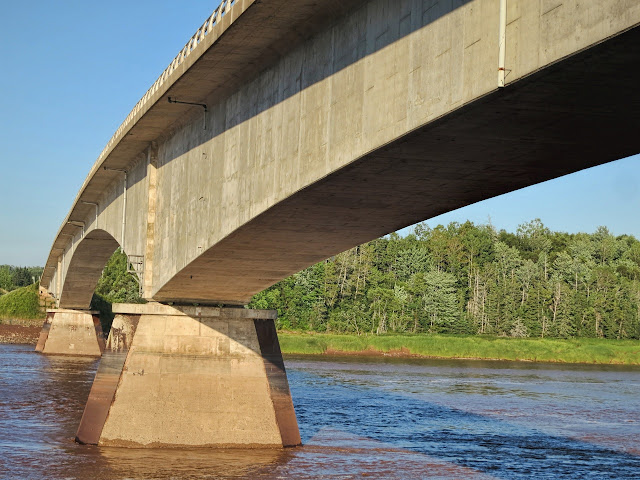 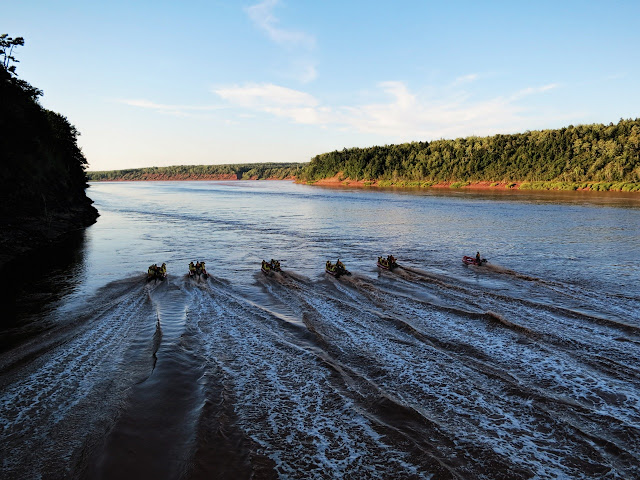 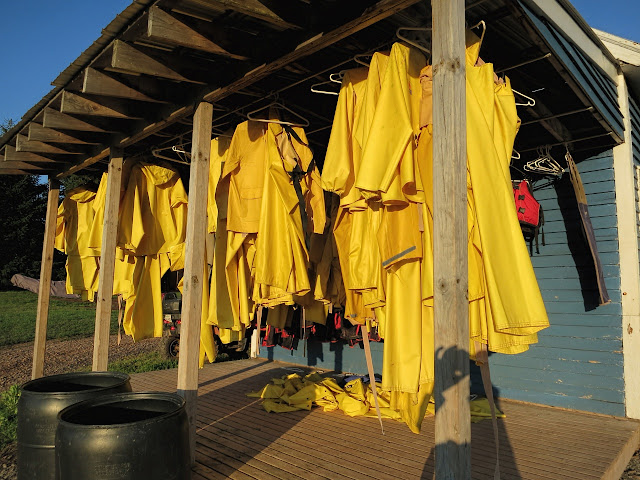 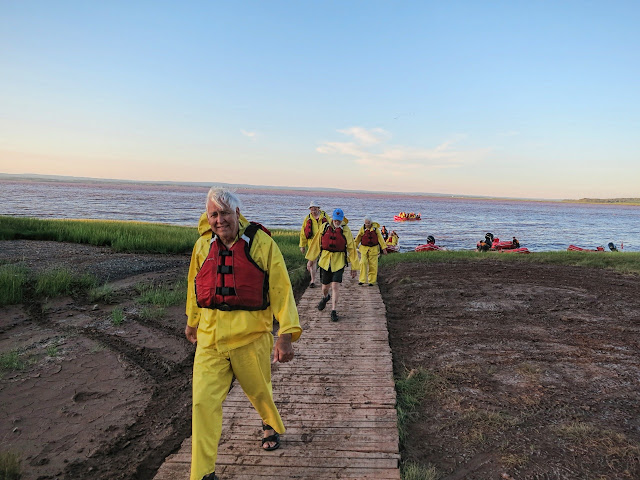 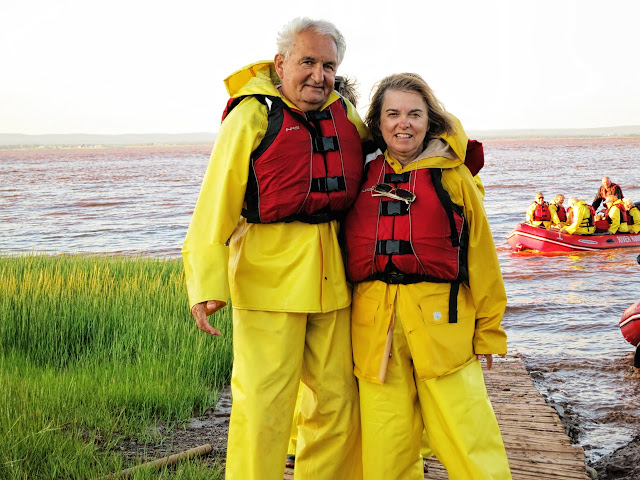 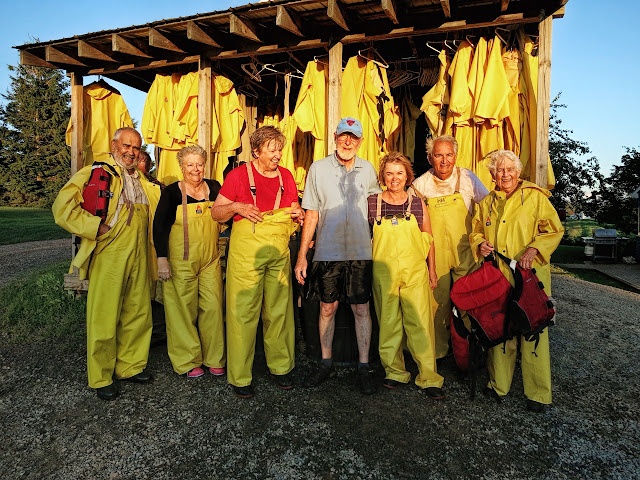 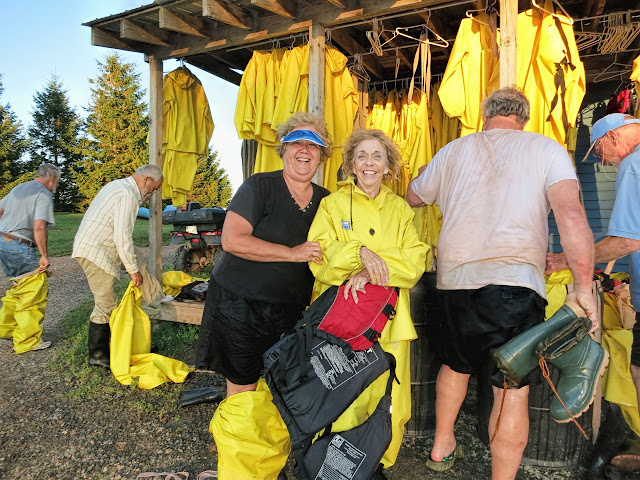 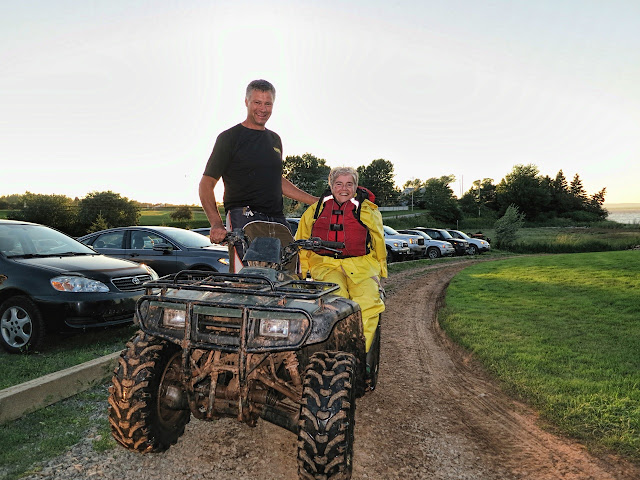 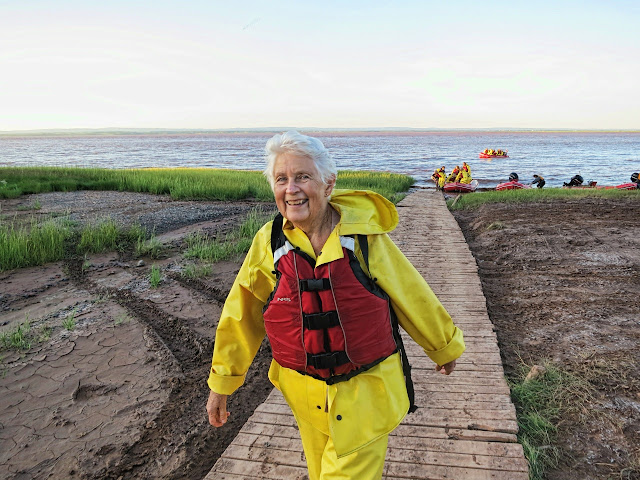 Next stop is Annapolis Royal one of the original settlements of Nova Scotia and its; former capitol.